The CRA is one of the oldest residents’ associations in Joburg. It was originally formed in 1937 and renamed in the 1970’s. It is run by and for the residents and operates most efficiently and effectively with the support of the Craigpark residents.

The more involved our community becomes in the CRA the more we can achieve!

If you’ve ever been confronted with an undesirable development on your doorstep, are concerned about security in general or had a crime problem, been worried about rubble dumped near you, are concerned about the increase of traffic through the area …. whatever it may be, the CRA can play an important role in helping you to resolve these problems.

The Benefits of CRA Membership

Please only add one product per member & registration. 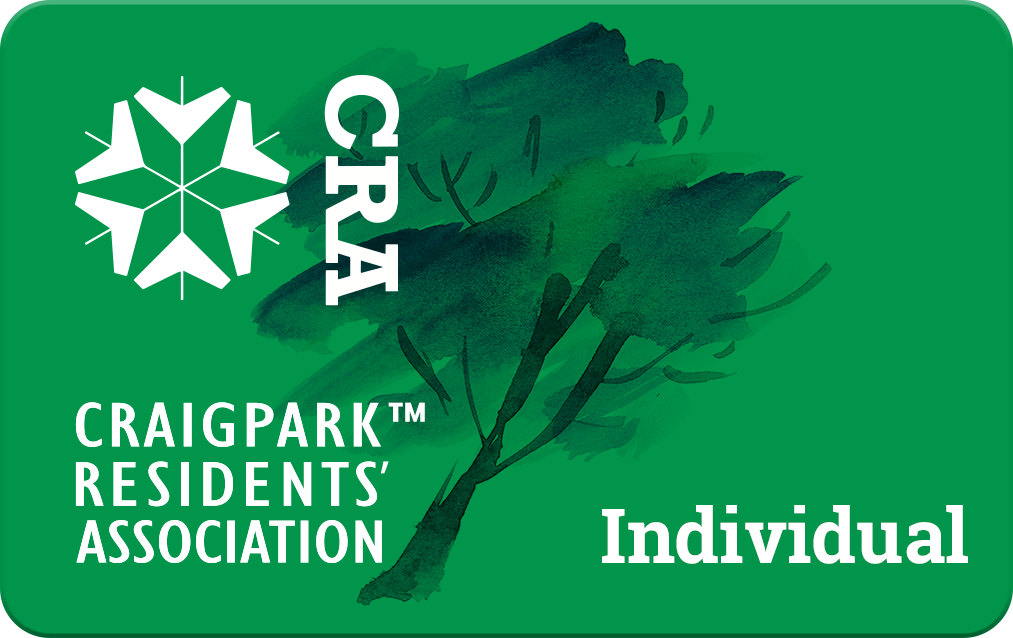 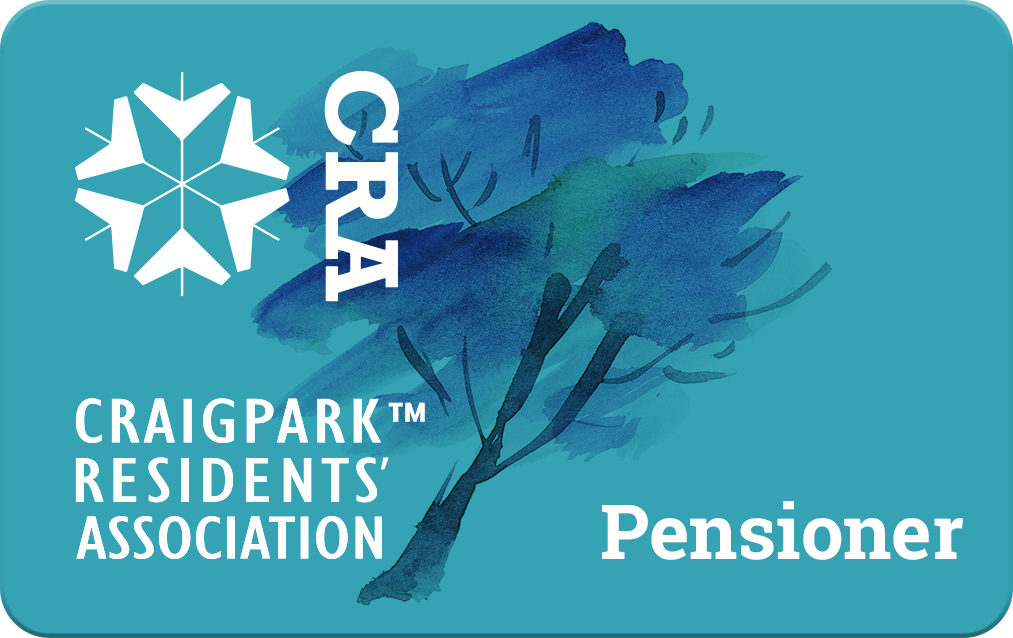 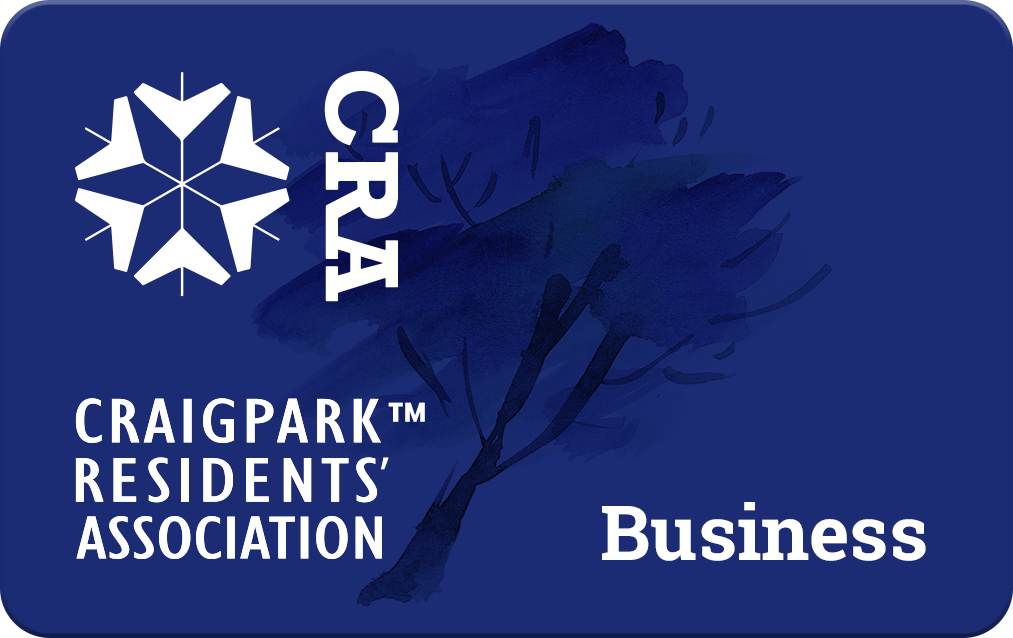 Are you a resident of CraigparkTM but not a CRA Member?

Send us your details for regular updates about the CRA and CraigparkTM area. 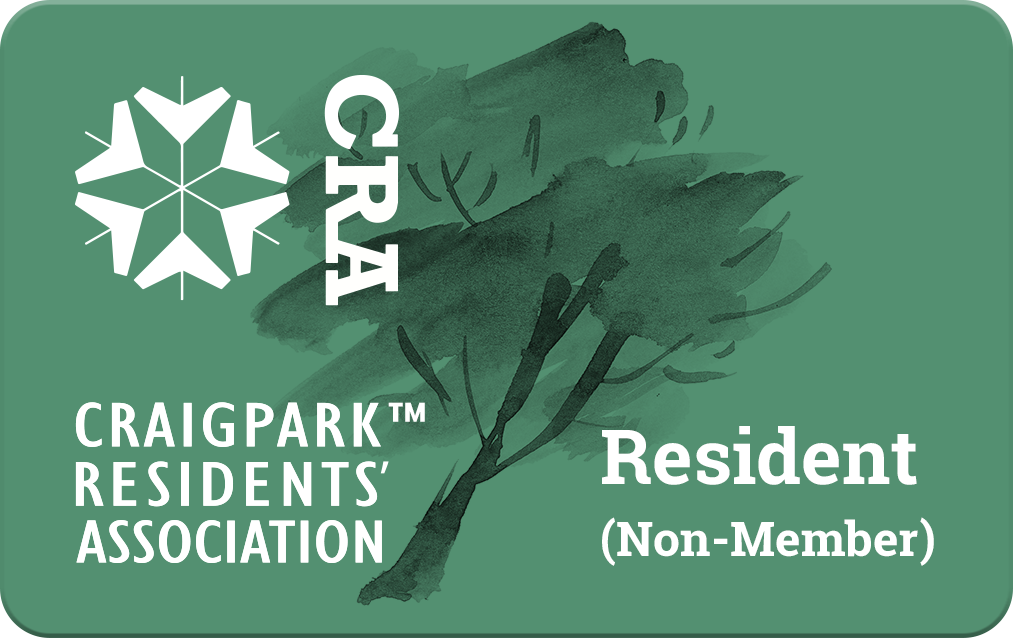 Are you an interested party to the CRA but not a resident of the CraigparkTM area?

Sign up for regular updates about the CRA and CraigparkTM area. 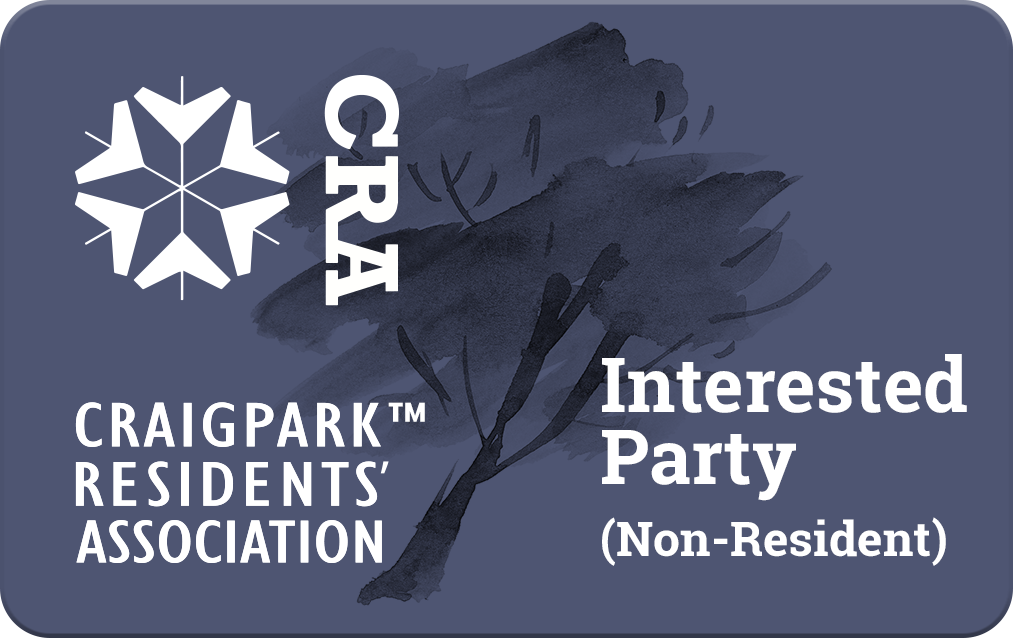